In 1974 Terry L. Dickinson left his position as a high school math instructor and began his art career painting murals in downtown Bay City, Michigan to commemorate the nation’s bicentennial. From September of 1974 to July of 1976 he had completed over fifty images of both local and national history. In 1978, the Bavarian Inn of Frankenmuth, Michigan paid his way to Germany to study the murals that brighten the landscape of Southern Bavaria. Over the next several years Dickinson rendered more than two hundred images in the Frankenmuth community. Dickinson has exhibited in several international juried shows and was awarded recognition in the 2003 Northeast Michigan Artist’ Juried Exhibition at the Jesse Besser Museum in Alpena, Michigan, and received several awards at the art center in Traverse City, including top honors in portraits. 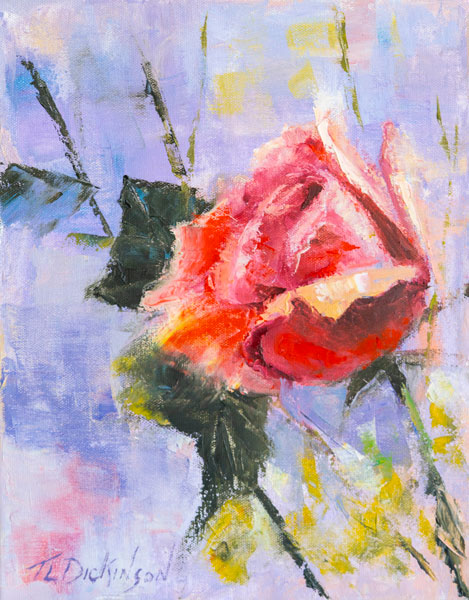 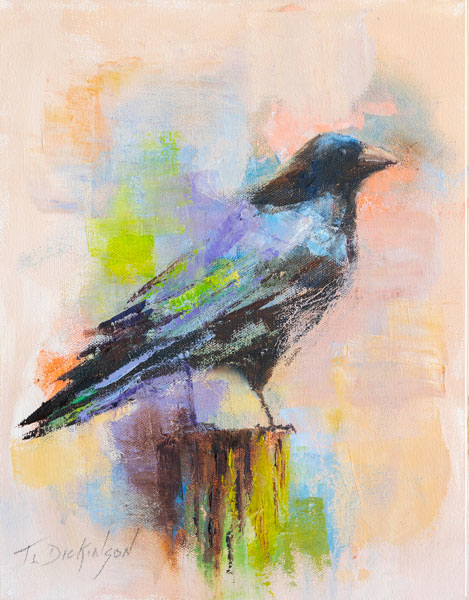 Terry Dickinson is a painter’s painter. His current gallery work explores deep color theory and impasto-style paint application via the subject of animals and landscapes. The subjects are used as vehicles to showcase unique relationships of colors and temperatures. Many works display an interpretive color application where thick, saturated pastels light up certain parts of the subject in almost psychedelic fashion. Other paintings, which display a more open landscape view, incorporate more subtle and refined texture techniques and dusty pastels, which create a certain mist or haze effect. Despite the bold methods of paint application, his drawings remain mostly in-tact, providing the viewer a representational journey of color and texture.

We use cookies on our website to give you the most relevant experience by remembering your preferences and repeat visits. By clicking “Accept All”, you consent to the use of ALL the cookies. However, you may visit "Cookie Settings" to provide a controlled consent.
Cookie SettingsAccept All
Manage consent

This website uses cookies to improve your experience while you navigate through the website. Out of these, the cookies that are categorized as necessary are stored on your browser as they are essential for the working of basic functionalities of the website. We also use third-party cookies that help us analyze and understand how you use this website. These cookies will be stored in your browser only with your consent. You also have the option to opt-out of these cookies. But opting out of some of these cookies may affect your browsing experience.
Necessary Always Enabled
Necessary cookies are absolutely essential for the website to function properly. These cookies ensure basic functionalities and security features of the website, anonymously.
Functional
Functional cookies help to perform certain functionalities like sharing the content of the website on social media platforms, collect feedbacks, and other third-party features.
Performance
Performance cookies are used to understand and analyze the key performance indexes of the website which helps in delivering a better user experience for the visitors.
Analytics
Analytical cookies are used to understand how visitors interact with the website. These cookies help provide information on metrics the number of visitors, bounce rate, traffic source, etc.
Advertisement
Advertisement cookies are used to provide visitors with relevant ads and marketing campaigns. These cookies track visitors across websites and collect information to provide customized ads.
Others
Other uncategorized cookies are those that are being analyzed and have not been classified into a category as yet.
SAVE & ACCEPT